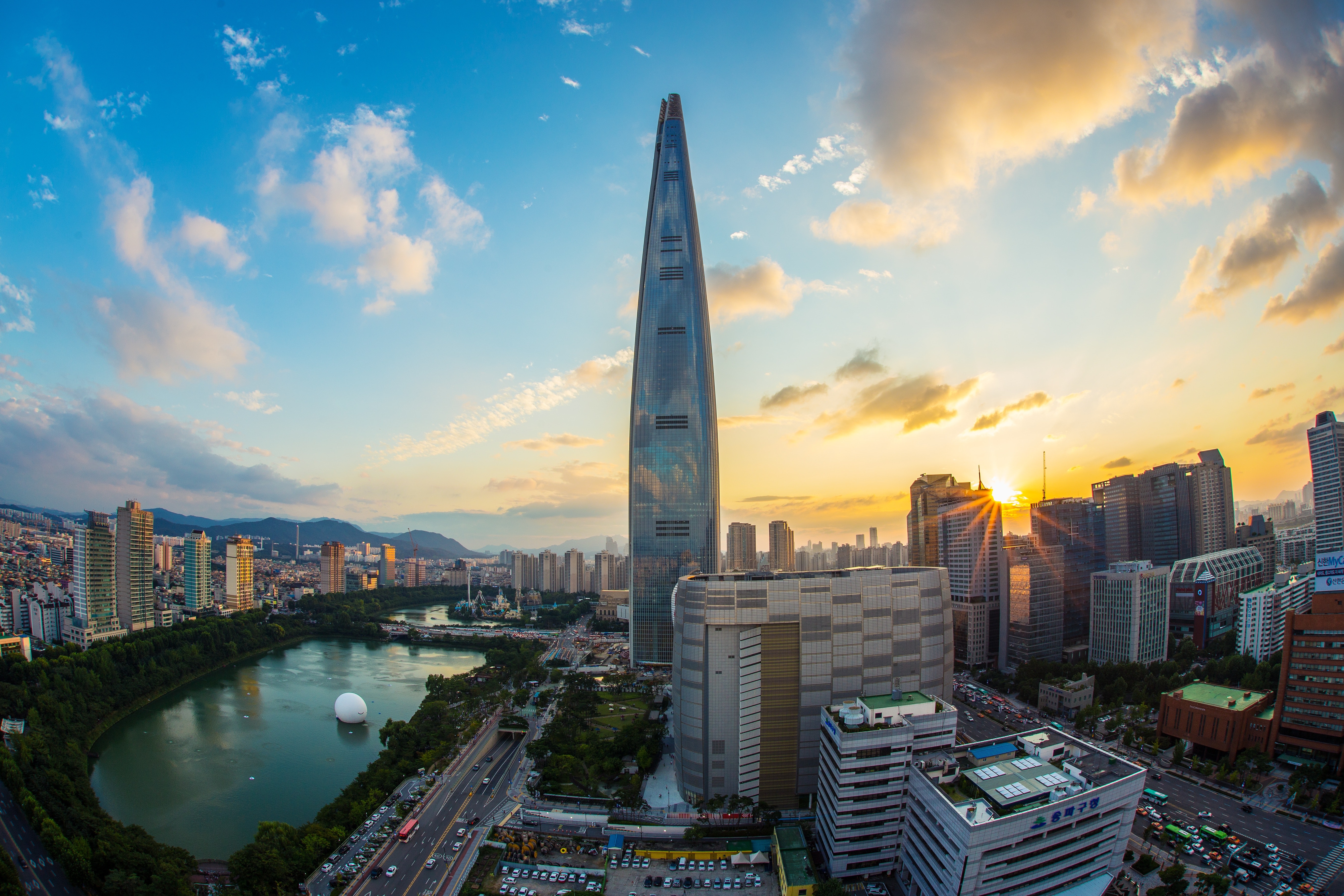 In this Korean Culture school/university trip to Seoul, discover South Korea’s varied history, politics, food and entertainment. Here’s our school trip to Korea at a glance:

Like what you see? Discover South Korea’s vibrant culture in our detailed itinerary below! But remember, all our school trips are completely customisable.

This is it! Step off the plane at Seoul’s Incheon Airport and catch your first glimpses of South Korea on the coach to your accommodation. Listen to a trip briefing led by your guide – this will give you all the information you need to have a safe and smooth school trip in Korea.

Once you’ve settled in, head to the observation deck of Seoul’s second-highest point, the N Seoul Tower. Soak in the incredible views over the metropolis and get ready for the Learning Adventure that awaits.

Day 2: From Palaces to Taekwondo

Pay a visit to Gyeongbokgung Palace, the largest and most beautiful royal palace built by the Joseon Dynasty. Explore the exquisite gardens and learn about its history before walking up the hill to Bukchon Hanok Village – a ‘hanok’ is a traditional Korean house.

Head to Kukkiwon, the World Taekwondo Headquarters. Watch an exciting demonstration of ‘the way of the foot and the fist’ (the literal translation of ‘taekwondo’), a martial art that originated in Korea. Korea is a global top performer in sports including a range of martial arts.

Cross the river to the Gangnam District –  you might recognise the name from the famous ‘Gangnam Style’ song! Visit the Samsung D’light, an exhibition space that showcases the latest technology from the electronics giant. Be sure to head to the nearby media poles near Gangnam Station to take photos to send to your friends and family back home.

Set out to discover the (not so) Secret Garden behind Changdeokgung Palace. The UNESCO World Heritage Site was once a private garden for the Royal family and the women of the palace. Wander through the exquisite lotus ponds, pavilions, landscaped lawns and flowers. You’ll be joined by a North Korean defector, who, whilst walking you through the gardens, will share his stories about the history of the divided peninsula as well as his personal journey from North to South.

Take a break to eat like an emperor for lunch. Pay a visit to a restaurant fit for royalty, where you will have the chance to try an exquisite range of dishes prepared according to traditional royal recipes.

K-pop is taking the world by storm, with BTS hitting the top spot in the British album charts. Stop by the SM Town Coex Artium, which offers the opportunity to visit K-pop recording studios and see hologram performances from the genre’s megastars.

Wake up bright and early to explore the sights, smells and tastes of Namdaemun Market, the oldest and largest traditional market in Korea. Get in amongst the hustle and bustle as you pick out ingredients for the next activity, a cooking class. Here, you’ll gain a deeper understanding of Korean food as you try your hand at making popular Korean dishes such as Kimchi, bibimbap or seafood pancakes.

Wander around traditional markets in the famous shopping district surrounding the Dongdaemun Gate. This is the place where tradition meets modernisation – pick your way through wares at flea markets, then turn the corner to find big names at huge modern malls.

As it’s your final evening, embark on a scenic cruise of the Han River – the major river running through Seoul. Cruise up to the Banpo Bridge to witness its unique fountains.

Take your transfer to the airport, and spend the flight reflecting on your magical week. It might be home time, but it’s not over. Seoul’s soul will follow you back to the classroom…and beyond! Or check out some of our other Korea school trips.

Gain an appreciation of South Korea’s rich culture, both traditional and modern.

Understand the causes and effects of the relationship between North and South Korea.

Engage in South Korean traditions through experiencing authentic activities such as a cooking class and martial arts demonstration.