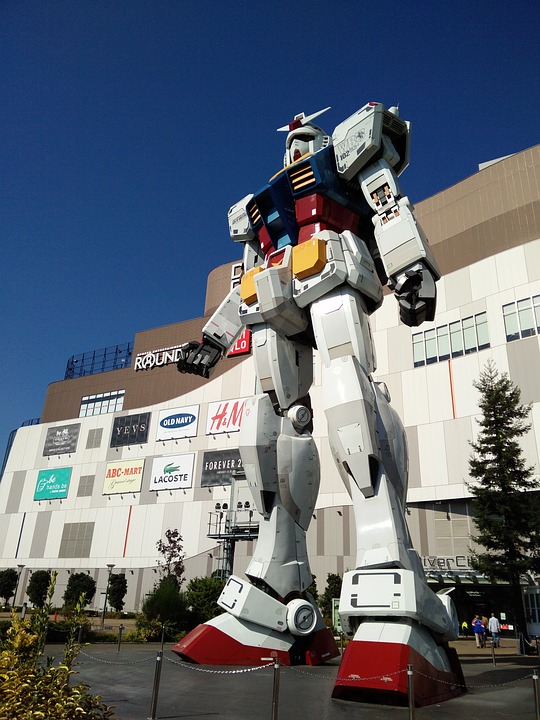 The country of AI, human-like robots and advanced tech, discover Japan in this robotic technology and engineering school trip to Tokyo. Here’s our engineering & technology educational program at a glance:

Like what you see? Discover the awe-inspiring robotic tech in Tokyo in our detailed itinerary below! But remember, all our school trips are completely customisable!

Step off the plane, meet your guide and board a private coach transfer to your accommodation.

First up, take in the view of the stunning city from high up in the Tokyo Metropolitan Government Building.

Get lost in advanced technology today in Tsukuba Science City. It’s a zone designated to promote scientific discovery, in areas like engineering, biological and agricultural research. We’ll visit the laboratories of Cyberdyne, which develops robotic limbs. Learn more about the research and development activities carried out by the firm, before having an opportunity gain some hands-on experience as your try on some of the products. Afterwards, visit KEK, a high-energy accelerator research organization, where a team member from the organization will explain more about their research as you explore their facilities.

Science Square Tsukuba AIST (The National Institute of Advanced Industrial Science and Technology) is one of the largest public research organisations in Japan. It focuses on the creation of technologies useful to Japanese industry and society. Discover how advanced technologies are changing our daily lives.

Visit the National Museum of Emerging Science and Innovation. One exhibition is called ‘Android: What is Human?’. It makes you question where the distinction between human and robot is. By the way, there’s a few not-strictly-speaking humans on the staff!

Then, head to RiSuPia in the Panasonic Centre, where you’ll learn how mathematics, science and nature interact.

Marvel at the view from the Odaiba Waterfront. Enjoy the illumination of the Rainbow Bridge and the replica Statue of Liberty, which is a commemoration of the French Year in Japan.

Finish up a busy day taking some seriously Instagram-worthy photos on a relaxing cruise on the Sumida River.

Head to Harajuku, where tradition rubs shoulders with modernity. Walk through the forest until you reach the Meiji Shrine, dedicated to the Emperor Meiji and his wife, Empress Shokun, who, in the early 20th century, began Japan’s transformation from a feudal to a modern society. Then move on to the Harujuku shopping district to see maids, punks, goths, and fashionistas – anything goes in Harajuku!

You’ve seen it on the big screen, now you can time lapse it yourself. This afternoon, seeing the Shibuya Crossing, famed for being the busiest intersection in the world.

Rest your legs at the robot cafe called Henn na Cafe in Shibuya. Don’t be startled by your barista – Sawyer, a robot, will be serving you today!

Head for a sushi restaurant, complete with iPad ordering system and a conveyor belt. Keep your eyes peeled for the tuna nigiri!

Learn about Buddhism at the Sensoji temple at Asakusa and explore the district’s charming streets.

Next up, roll up your sleeves for a sushi-making class led by a master sushi chef. Sample your delicious creations for lunch, and learn about how sushi evolved from a South-East Asian technique of preserving fish in fermented rice.

Watch the Robot Show, a crazy but choreographed routine of robots, ninjas and dinosaurs under neon lights.

Before you head off, stop in at the batting cages to experience one of Japan’s most popular sports: baseball!

Transfer to Narita/Haneda airport and wave goodbye to your guide. It might be home time, but it’s not over. Japan’s tech will follow you back to the classroom…and beyond.

Grasp the importance of advanced technology in the daily functioning of Tokyo.